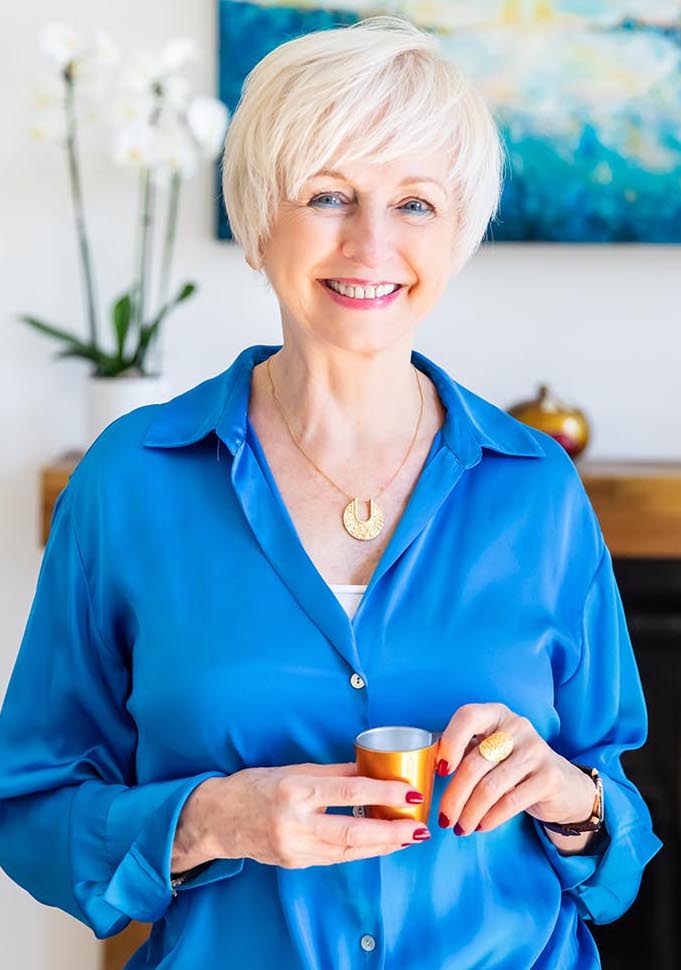 I’m so pleased to meet you!!

My name is AnYes (with a capital Y, because I say Yes to life) …

I’ve reinvented myself multiple times and built my resilience for as long as I can remember.

Every time I encountered challenges, I came out on the other side renewed and stronger than before…

And now, as The Reinvention Mentor®, I help my clients do the same…

I take them through the same process I keep using myself: creating a clear vision, elevating my consciousness, and staying focused and intentional daily…

This is how I help my clients create a fulfilling life and the successful business to support it (whatever success means to them), as I’ve done for myself many times over…

Like many people, I started my career working hard to climb the corporate ladder. When I looked up, I was 40 and feeling unfulfilled. I thought there had to be more to life than this. One day I came across a training about coaching and thought “that’s it”. But too scared to turn it into a business, I overtrained. I became an expert in mindset, self-care, personal branding, personal effectiveness, and much more while battling fears of not being enough and imposter syndrome. I eventually started my own business, and after a few years of trial and error, I became a successful International Executive Coach.

With business success came my tendency to over-work and over-serve. At one point, I was on the brink of burning out. I had re-created my corporate experience and its rat race without realizing it. So I decided to put myself first, set boundaries, and work on shifting my level of awareness so that I could make better conscious choices. I learned to relinquish control and started allowing in more support. And once again, my business became very successful.

Until it was no longer… I was working with two large corporate clients when the economy collapsed. Almost overnight, both cancelled their year-long contract, and I went nearly bankrupt without any new clients for months. During these tumultuous times, I learned to stay intentional, take daily action, and use the fear I was experiencing as fuel to bounce back. And bouncing back, I did. It took another two challenging years, but once again, I had created a successful business and great life.

But one day, my personal life fell apart. I was in a toxic relationship and finally decided to leave it despite knowing I would lose everything. I only had 43€ to my name and almost 100,000€ in debt. I had to live with one of my sisters for a year. During that time, it became clear to me that this was, in fact, a fantastic opportunity to revisit all the choices I had made thus far. I decided to step into the driver’s seat of my life to rebuild it. I moved to London at 58 with two suitcases and eight weeks of house sitting without any form of income or savings. And instead of taking the safe route of returning to Executive Coaching, I decided to pursue my mission of empowering women entrepreneurs and business owners. I must admit that it hasn’t been easy. I woke up many nights with panic attacks, not knowing how I would get through the next day. But I kept moving forward through the fear, holding onto my faith that the Universe had my back and working toward the vision I’d created. I increasingly thought out of the box and became skilful at generating the money I needed to invest in my personal and business growth. As a result, I started to thrive again.

Today, I’m helping women like you who want more from life and are ready to do something about it to step into their power. Because of the holistic approach of my work, you will be able to design and manifest your ideal life and the business to support it with choices that are grounded in your feminine energy and love.

I believe in a New Paradigm Woman (TM)!

She is a woman who knows that the role that is given to women in the old model of patriarchy has to change. She:

Are you ready to explore what we could create together?

This website uses cookies to improve your experience while you navigate through the website. Out of these, the cookies that are categorized as necessary are stored on your browser as they are essential for the working of basic functionalities of the website. We also use third-party cookies that help us analyze and understand how you use this website. These cookies will be stored in your browser only with your consent. You also have the option to opt-out of these cookies. But opting out of some of these cookies may affect your browsing experience.
Necessary Always Enabled
Necessary cookies are absolutely essential for the website to function properly. These cookies ensure basic functionalities and security features of the website, anonymously.
Functional
Functional cookies help to perform certain functionalities like sharing the content of the website on social media platforms, collect feedbacks, and other third-party features.
Performance
Performance cookies are used to understand and analyze the key performance indexes of the website which helps in delivering a better user experience for the visitors.
Analytics
Analytical cookies are used to understand how visitors interact with the website. These cookies help provide information on metrics the number of visitors, bounce rate, traffic source, etc.
Advertisement
Advertisement cookies are used to provide visitors with relevant ads and marketing campaigns. These cookies track visitors across websites and collect information to provide customized ads.
Others
Other uncategorized cookies are those that are being analyzed and have not been classified into a category as yet.
SAVE & ACCEPT